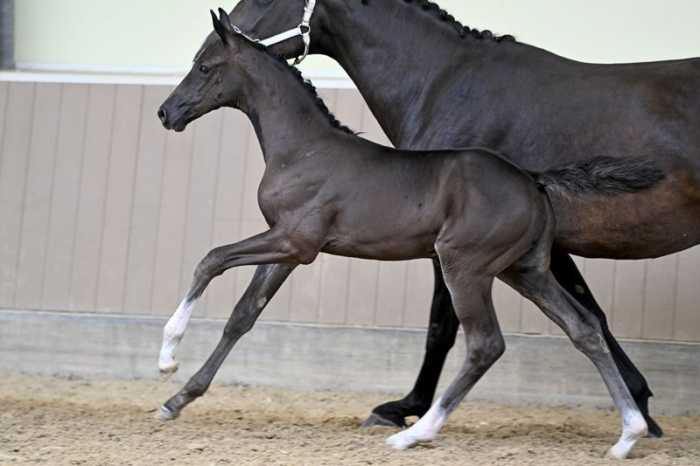 WHY NOT VD BISSCHOP, AUCTION TOPPER AT THE BWP ELITE FOAL AUCTION

The second edition of the BWP Elite Foal Auction is finished. After the successful first studio auction in 2021, BWP opted for a live (hybrid) auction, in collaboration with BWP Moerbeke. It was a big success!
More than 85 percent of the foals were effectively sold and with an average selling price of 12200 euro, we can look back with a happy feeling.

The most expensive foal, Why not vd Bisschop, was sold for 26000 euro and goes to the Vadebo Stabled (Paul Van Den Bosch). Why not is a daughter of Diarado x Chin Chin. Her dam is a half sister to Dulf, Holland and Estina vd Bisschop. She was bred by Yvan Dossche in Lovenjoel .

Woody van’t Koningsbos, a son of Cornet du Lys out of the performance mare line of Ulrike van het Lambroeck, will soon go to the same Belgian buyer. This colt foal was bred by Koningsbos Stables and was sold for 15500 euro.